How safe is your current password? Is it the password you use for multiple accounts? Have you ever shared it with anyone? How long have you had this password?

All of these factors make your password even less secure.

Are you using "strong" passwords for all of your web accounts? Would you like to use our "Password Suggestions" below? It's simple. We bring daily news collection from around the world.

Use the news headlines as a password. It would be easy to remember, and obviously very strong. Add a number or a symbol in it to make it even stronger. That's the one and only password that you would ever have to remember. LogmeOnce Online Password Generator enables you to Generate Passwords. That is Strong Passwords. 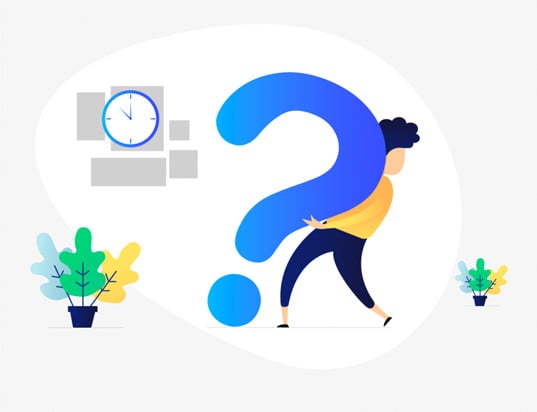 What is Brute-Force Attack?

“In cryptography, a brute-force attack, or exhaustive key search, is a strategy that can, in theory, be used against any encrypted data. Such an attack might be utilized when it is not possible to take advantage of other weaknesses in an encryption system (if any exist) that would make the task easier. It involves systematically checking all possible keys until the correct key is found. In the worst case, this would involve traversing the entire search space.

The key length used in the encryption determines the practical feasibility of performing a brute-force attack, with longer keys exponentially more difficult to crack than shorter ones. Brute-force attacks can be made less effective by obfuscating the data to be encoded, something that makes it more difficult for an attacker to recognize when he/she has cracked the code. One of the measures of the strength of an encryption system is how long it would theoretically take an attacker to mount a successful brute-force attack against it. It is important to generate passwords that are strong.

Brute-force attacks are an application of brute-force search, the general problem-solving technique of enumerating all candidates and checking each one.”

Information theory: Entropy is a measure of the uncertainty associated with a random variable. In this context, the term usually refers to the Shannon entropy, which quantifies the expected value of the information contained in a message. Entropy is typically measured in bits, nats, or bans.

Data compression: Entropy effectively bounds the performance of the strongest lossless (or nearly lossless) compression possible, which can be realized in theory by using the typical set or in practice using Huffman, Lempel-Ziv or arithmetic coding. The performance of existing data compression algorithms is often used as a rough estimate of the entropy of a block of data. See also Kolmogorov complexity. In practice, compression algorithms deliberately include some judicious redundancy in the form of checksums to protect against errors.

Introduction: Entropy, in an information sense, is a measure of unpredictability. For example, consider the entropy of a coin toss. When a coin is fair, that is, the probability of heads is the same as the probability of tails, the entropy of a coin toss is as high as it could be. There is no way to predict what will come next based on knowledge of previous coin tosses, so each toss is completely unpredictable. A series of coin tosses with a fair coin has one bit of entropy, since there are two possible states, each of which is independent of the others. A string of coin tosses with a coin with two heads and no tails has zero entropy, since the coin will always come up heads, and the result can always be predicted. Most collections of data in the real world lie somewhere in between. It is important to realize the difference between the entropy of a set of possible outcomes, and the entropy of a particular outcome. A single toss of a fair coin has an entropy of one bit, but a particular result (e.g. “heads”) has zero entropy, since it is entirely “predictable”.

You can find out more about which cookies we are using or switch them off in settings.

This website uses cookies so that we can provide you with the best user experience possible. Cookie information is stored in your browser and performs functions such as recognising you when you return to our website and helping our team to understand which sections of the website you find most interesting and useful.

Strictly Necessary Cookie should be enabled at all times so that we can save your preferences for cookie settings.

If you disable this cookie, we will not be able to save your preferences. This means that every time you visit this website you will need to enable or disable cookies again.

This website uses Google Analytics to collect anonymous information such as the number of visitors to the site, and the most popular pages.

Please enable Strictly Necessary Cookies first so that we can save your preferences!