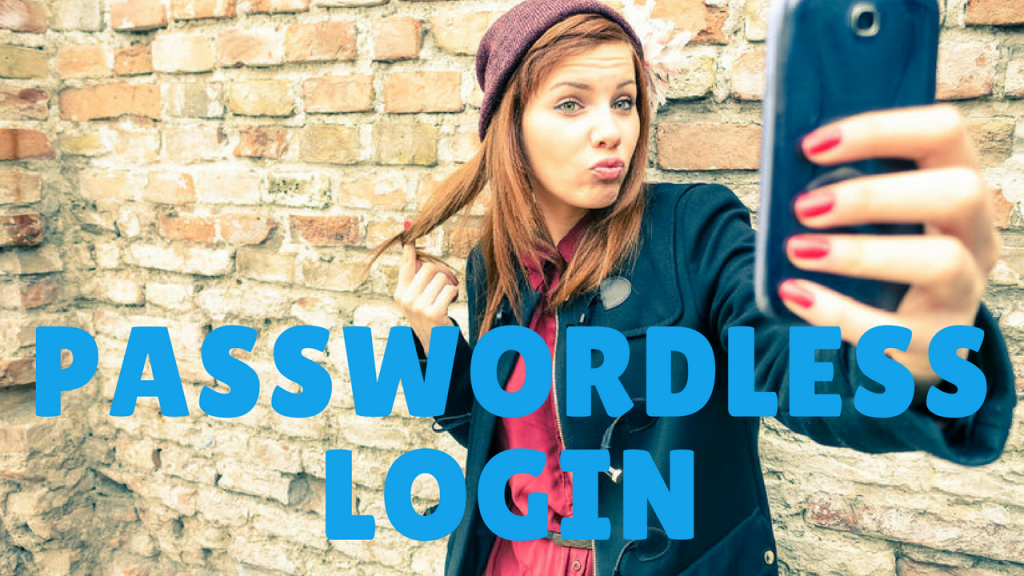 They need to be long and complex – consider 12 characters or longer. In order to be unbreakable, they need to be fairly nonsensical too. A fictional name or a meaningless phrase is no longer enough. Now, a strong password requires variations on capitalization, spelling, numbers, and punctuation.

But, generating strong passwords is not the problem. The biggest problem is remembering them.

That’s why LogMeOnce, a leading provider of password management tools, has a passwordless solution. Empowered by PhotoLogin, their Passwordless Authentication feature creates a multi-layered fence around your digital property, whether it’s stored in your computer or your smartphone.

Here’s how it works, and why you should definitely give it a try.

Why Selfie Is the New PIN

Passwords are not only difficult to create and remember, they are also hard to manage. The first rule of password protection is never to use the same one for multiple accounts, which means that even an average internet user would have at least ten of different ones for email, social media, and apps.

The second rule is never to write any of them down. Without a suitable password manager in place, this form of protection shortly becomes not only an inconvenience, but also a potential safety risk.

Similar can be said about smartphone PIN codes. Though they serve as a master password for all of the accounts you can access via mobile phone, as a matter of protection, they are still way too weak.

A selfie, on the other hand, is an entirely different story.

LogMeOnce PhotoLogin utilizes both the modern-day obsession with taking selfies and the potential that these photographs have for personal identification. It stays away from traditional facial recognition, which is good, and uses dynamic technology and millisecond photo intelligence instead.

Whatever account you need to access, you can simply snap a photo of yourself, confirm your identity, and log in. As only a part of LogMeOnce multi-factor protection suite, PhotoLogin takes passwordless authentication to a whole different level by making it fast and effective, but also easy and fun.

First, you download and install your personal LogMeOnce account, on both desktop and smartphone. Then, you choose one of four authentication options offered by the suite – PhotoLogin, fingerprint, PIN code, or password. If you want to go passwordless, PhotoLogin should be your first pick.

The next time you want to access a web account via PC, you can simply click the PhotoLogin icon on your desktop and strike a pose. Your selfie will be sent to your trusted smartphone device for further authentication. Upon confirming a match there, you can proceed and access the account as needed.

Still, the ease of use and accuracy are not the main difference between PhotoLogin and facial recognition apps. What makes this LogMeOnce feature revolutionary is the fact that every photo used for authentication is unique, and that authentication itself goes beyond traditional facial biometrics.

Facial recognition apps require you to take one photo, which is then uploaded to the cloud. This means that any hacker can break into the app’s storage space, steal your photo credentials, and use them to access your accounts. With PhotoLogin, every photo is unique and self-destroyed after 60 seconds.

In terms of facial biometrics, it’s important to note that facial recognition apps generally require the same exact pose and setting every next time you snap a photo. That’s why they work poorly with different expressions, bad lighting, beards, or makeup. Our faces change with time, causing discrepancies.

Instead of a traditional approach, PhotoLogin uses a technology called “Objective Data”. Whether you wink, smirk, or blink, change your pose, clothes or environment, the end result will always be a successful match. You’re comparing yourself to you, and authoring access as a human, not a machine.

In between a self-destructive photo and a foolproof millisecond photo intelligence, PhotoLogin cannot possibly disappoint. And, it’s not only a data protection tool that’s equally effective and convenient. It’s also a part of a bigger defense mechanism, yet another security layer that hackers cannot avoid.

“Traditional passwords are risky, typically weak and are more susceptible to be hacked or duplicated,” explains Kevin Shahbazi, CEO of LogMeOnce. “Even protecting passwords with a second factor of authentication (2FA) doesn’t make you invincible to hacks. By default, PhotoLogin adds a third-factor of authentication and lets users authenticate themselves to ensure that login information cannot be duplicated, making this feature one of the strongest layers of defense against hackers.”

As a passwordless authentication option, LogMeOnce PhotoLogin works superbly and provides a sufficient amount of protection on its own. When combined with other features offered within a Passwordless Login suite, namely fingerprint authentication, it is even more effective.

The days of password protection are over. Unsavvy smartphone users might continue to use them for some time in the future, making themselves, their accounts, and their data an easy target for hackers and identity thieves. Savvy internet goers should know better – in today’s age of limitless access, no password protection is unbreachable. LogMeOnce Passwordless Authentication luckily is.