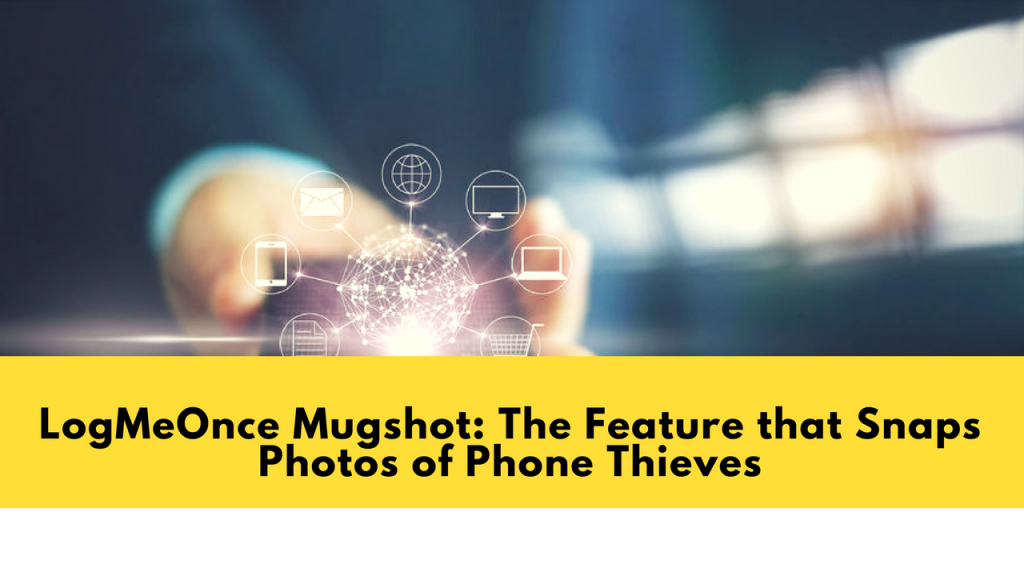 LogMeOnce Mugshot: The Feature that Snaps Photos of Phone Thieves

In most countries in the world, the authorities are hopeless when it comes to phone theft. Whatever it is that you keep in your smart pocket bank – family photos or intellectual property or sensitive business data – there’s very little (if anything at all) that they can do to prevent unauthorized access.

And, it’s not only you who trust your phone with invaluable life data.

Statista reports that 2.1 billion of global population use smartphone devices, which means that criminal acts that endanger user privacy and aim towards identity theft don’t only concern you or me, but are also a matter of public security.

LogMeOnce has a convenient solution.

This is the story of Mugshot, a simple digital feature that does more than your police officer.

How Mugshot Changes the Face of Data Security

Let’s start from the beginning.

The early days were all about pet name passwords. With the advent of social media, they became too easy to crack. Home addresses, anniversary dates, and dictionary words often used by unsavvy internet goers and logophiles are still the winning lottery tickets for hackers and identity thieves worldwide.

Then, we were introduced to the world of two-factor authentication, fingerprint identification, and other extra layers of security. For those who knew how to properly use them, they worked well. For others, they were less effective. In order to prevent unauthorized access, we had to be really smart.

In 2014, law enforcement agencies started using mobile face recognition to identify suspects in the field. As both a much-needed tech solution and an existing smartphone trend, facial recognition was finally adopted for public use. We can now unlock our devices and apps by snapping a selfie.

This is where Mugshot enters the scene.

LogMeOnce a dedicated data security company does a lot more. What it actually does falls under personal and enterprise password and identity management, but certainly goes beyond the realms of what’s available on the market. You might know it for its outstanding Password Management Suite.

Mugshot is only an update on this comprehensive package, and as a separate feature stands side by side with a password manager with multiple login options and a passwordless photo login. Together, they can be managed via a centralized dashboard, on both desktops and mobile phones.

Why Mugshot changes the face of data security as we know it? Well, because it combines different approaches for preventing unauthorized access, adding one security layer on top of another. The feature takes cues from traditional face recognition apps, but takes them to a whole different level.

How Does LogMeOnce Mugshot Work, Exactly?

It is “like an alarm system for your digital property,” explains Kevin Shahbazi, LogMeOnce CEO. “The technology creates a digital fence around your account to detract hackers from entering. For those hackers willing to hop the “fence,” an alarm is set off and action is taken so users can have a clear understanding of who is hacking them and where the threats are coming from.”

Mugshot is, in fact, effective. This feature actually notifies the intruder that software may take a photo of them after it’s downloaded and installed as an extension or a mobile app. It gives a warning to the intruder to stay away from users account and hence discourages the intruder to attach user account.

In an already cited interview for Digital Trends, Kevin Shahbazi was asked the same question. “We are notifying users that this is not an easy target” he responded. “So, if you want to hack, then you need to put on a ski mask, sunglasses, and figure out how to mask your IP address and GEO data. With such deterrence, the majority of hackers are filtered out and move on to another user who is not protected by LogMeOnce”.

This is true. If an intruder wants to access the protected content within your phone, and has been performing similar data theft activities for a while, they’ll probably be experienced and shrewd enough to know that this is simply too much of a hurdle. A smart criminal would have to ask – why go into all that trouble when there’s always an easier, less risky target?

Meanwhile, those with less deductive power are falling into Mugshot’s trap every day. As an example of how effective this feature is, LogMeOnce has published a Philippines-based case study, along with a redacted copy of the report sent to the (almost) victimized user. The intruder’s photo is there, and so is their IP address and precise GPS location.

Mugshot truly is the best solution for preventing unauthorized access.

If you are not sure or have not tried it, Go ahead and sign up for a Free account or enable your Mugshot feature. I certainly did, and for that, I’m no longer lulled into a false sense of security. I’m actually protected.